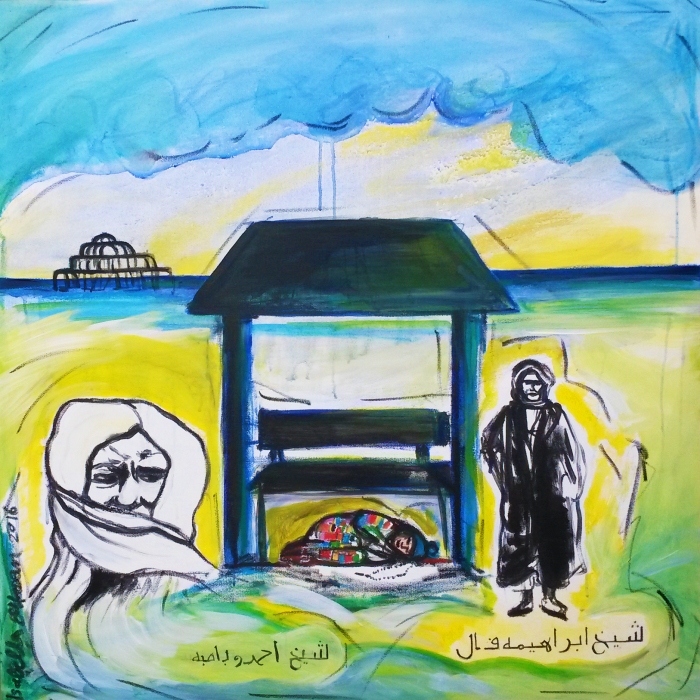 This is my first larger painting since 2008, I started working on this in the UK in 2013 and just finished it off today. It symbolizes so many things for me. But mainly that I encountered Islam in a very unusual form on the Brighton seafront in the UK, through the Bayefall (Sufi Muslims) of Senegal.

The person sleeping under the bench is a Bayefall during a very difficult time of his life, but he does not loose hope and is strengthened by his spiritual beliefs. The messy painting style is deliberate and aims to express state of the person sleeping under the bench. For example the paint drops running down are like tears, but also look like rain. 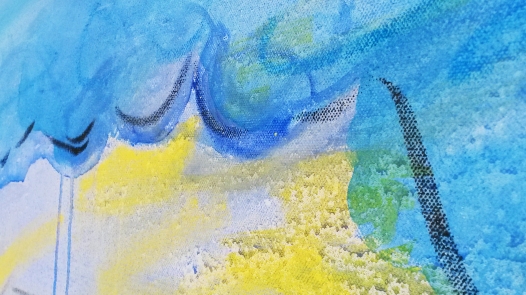 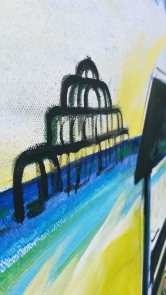 The Bayefall are disciples of Cheikh Ibrahima Fall (1855–1930), who was the first disciple of Cheikh Achmadou Bamba (1853–1927). Some say Bamba was like the Ghandi of Senegal. He played a huge role in the peaceful resistance against the French Colonizers. It is only roughly a hundred years ago that this Sufi movement started but it still lives on today. Followers of Cheikh Achmadou Bamba are called Mourides and followers of Cheikh Ibrahima Fall are called Bayefall. They work hand in hand and there is no rivalry between them.

Below you can see Cheikh Achmadou Bamba in white and Cheikh Ibra Fall in black. 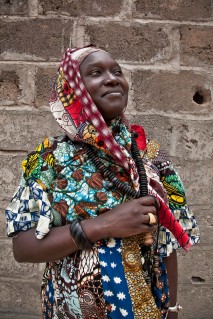 Photo credit for the pictures in colour: LAYLAH AMATULLAH BARRAYN

Baye Fall means: “Father” Fall, the women are called Yaye Fall (Mother Fall). They often dress in patchwork clothes (ndiakhass) and have Dreadlocks, this is a way to remind themselves they are disciples of Cheikh Ibra Fall, who used to do a lot of hard physical labour, working on the land, collecting wood and water, preventing him to buy new clothes and do his hair. He would just patch the holes in his clothes over and let his hair turn into dreadlocks so that he could spend more time on working for his Cheikh and God.

He believed that his hard work was another form of worship of Allah (God) and therefore the Bayefall have the slogan: “work as if you never die, but pray as if you die tomorrow” 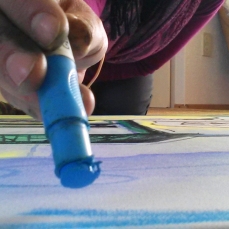 This is the teaser of a beautiful documentary about the yearly pilgrimage to the holy city Touba called : The Grand Magal:

In Senegal mural paintings of Cheikh Achmadou Bamba Mbacke and his disciple Cheikh Ibrahima Fall can be found everywhere.

I shared this before in another post, but this short video beautifully illustrates the Baye Fall spirit: 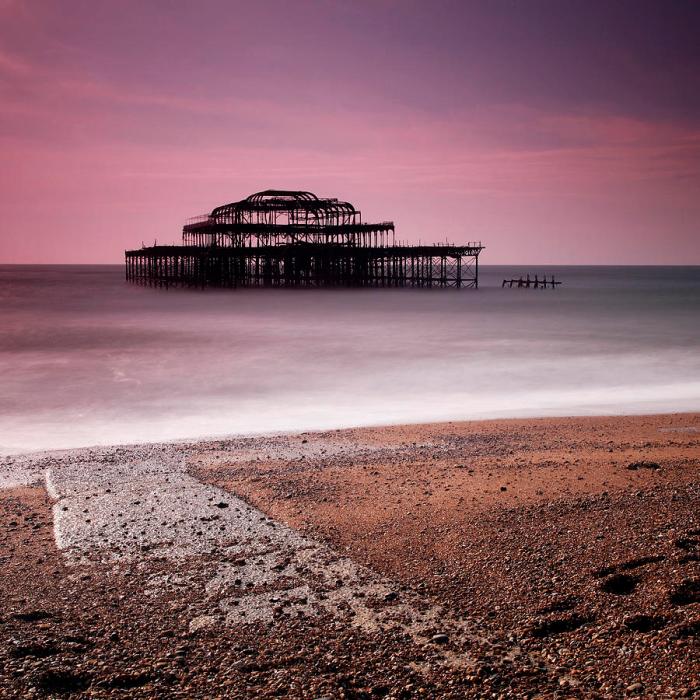 I always really appreciate constructive feedback so feel free to leave a comment or send me a message. Thank you for your interest 🙂

Registered business in the Netherlands